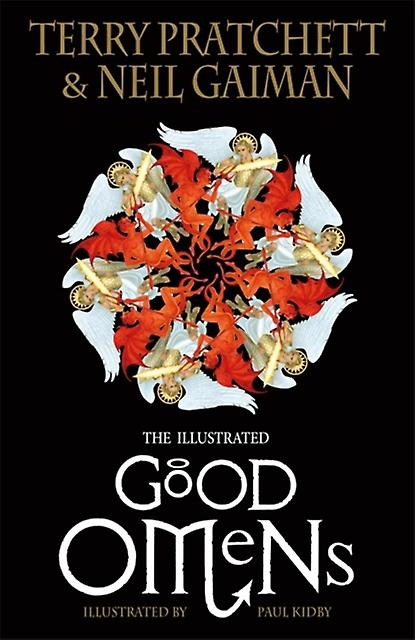 THE END OF DAYS IS NIGH.
TREMBLE ALL YE UNFAITHFUL.
THE APOCALYPSE STARTS IN TADFIELD.

Judgement Day is upon us, and it's not a drill this time. The world is due to end next Saturday, just after tea, and there are an awful lot of people set on making sure it happens.

Aziraphale and Crowley are not among them. This particular angel and demon are rather fond of the music, the wine and the bookshops that the Earth has to offer. They've grown rather fond of each other, being honest, given they've known each other since The Beginning. They're not particularly keen on seeing it all go to waste.

But the powers-that-be have a plan, so Aziraphale and Crowley are going to need to be quite careful in their efforts to foil it. Quite careful indeed.

Finding the Antichrist, who they appear to have lost, would be fine place to start...

This edition features a new revised text, approved by Neil Gaiman and the Pratchett Estate, which clears up many typos and errors from previous editions. It also features twelve full colour illustrations from Paul Kidby – Terry Pratchett’s artist of choice – and a plethora of line drawings.